Building new habits – the truths and the myths 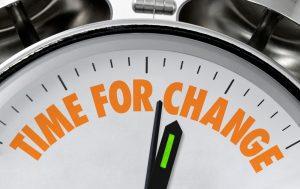 There are many conflicting ideas about how long it takes to learn a new habit and I have looked at research on the topic and found quite interesting facts about habit changing.

It is often believed, that it takes 21 days to change a habit. However, this belief is not based on evidence, and in fact it stems from an investigation into how long it takes after a limb amputation that the patient still feels the amputated limb. It was found that it takes on average 21 days for the patient to not feel the amputated limb. I have to say though, I am not sure how reliable that research was.

Research from University College London showed that the average time to learn a new habit is about 66 days; however, individual times ranged from 18 to 254 days. As you can see, there’s no typical time frame for breaking a habit, and a lot depends on your personality, your motivation, the circumstances, and the habit you want to change. It has been demonstrated that learning new habits that are aligned with your personal values will happen faster than if you are changing habits for external reasons, such as pressure from others.

What about trying to break an unwanted habit?

Habit forming and habit breaking are quite closely linked. However, it has been demonstrated that it is easier to start doing something new than to stop doing an unwanted habit.

In order to break a habit or learn new habits, you need to have very strong motivation, which will keep you on track. If you have very strong reasons, they will keep you motivated during times when you want to give up. It is very useful to use replacement habits or behaviours to change an unwanted habit. For example, instead of drinking sugary drinks with your meals, you replace them with sparkling water, or replacing a midmorning cupcake with a healthy snack made up of fruit and nuts. Changing habits and learning new behaviours takes time –  be patient – the longer you’ve had a habit, the longer it will take to change or get rid of it. 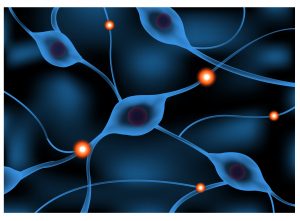 Habits are literally entrenched at the neural level, that is neural pathways have been created in your brain. For new habits, new neural pathways have to be created and that takes time. On the Mind over Body Programme, we don’t want you to change all your habits at the same time, or start lots of new habits from day one. We encourage you to take small steps and learn one habit at a time. If you try and change too many habits simultaneously, you might find yourself overwhelmed and give up.

Often the “all or nothing” thinking occurs at the beginning of wanting to change your lifestyle. As you will learn on the Mind over Body Weightloss programme, that type of thinking is unhelpful and will lead to failure in the long run. Keep it simple and take one day at a time – that will ensure your success! 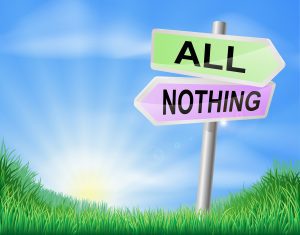 About the Author: Susi Lodola

We use cookies to personalise content and ads, to provide social media features and to analyse our traffic. Click below to consent to the use of this techonology across our website. You can change your mind and change your consent choices by visiting our Privacy Settings at anytime.

When you visit any web site, it may store or retrieve information on your browser, mostly in the form of cookies. Control your personal Cookie Services here.